2017: The restoration of flow to the River Garry.

On 30 October 2017 a flow was restored to the main stem of the River Garry which had been dry for over 60 years because of hydro abstraction. As a blocking weir at Struan had been removed some months earlier salmon could now access again 13 km of main stem habitat long denied. Weeks later a flow was also restored to the Allt Glas Coire giving salmon access to 5km of tributary too. The new licence conditions require SSE to maintain a flow of 1 cumec at Dalnamein and 0.2 cumecs in the Allt Anndeir, the tributary joing the Garry below Dalnamein. While this is an adequate flow for juvenile salmon, it needs to be proven to be sufficient for adult migration and spawning. It is recognised that, in future, fine tuning (“adaptive management”) may be required and a “freshet” release plan to aid fish migration will have to be developed on the basis of experience. Accordingly, an adaptive management monitoring plan has been developed by SEPA, SSE and the Board to learn how the ecology, including salmon, responds to the restored flow. Included within this plan, the Board will continue for a time to stock parts of the Garry with eggs from reconditioned kelts of local origin in order to ensure that there will be a return of adult fish to test out their ability to pass waterfalls at Struan etc under the flows available. The ultimate aim, of course, is a self-sustaining population.

Benefit to salmon from the River Garry

In addition to the 13km of new main river and 5km of the Glas Coire that is now available to salmon another 4km of habitat above the Glas Coire intake, which has been screened, is being stocked with salmon. The extra cumec of water in the Garry during dry weather means that the wetted area in the 6.5 km stretch of the Garry between Struan and Blair Atholl will also be greater, allowing more juvenile salmon to be produced in this area too. The board considers that if all this habitat is used by salmon then another 1500 salmon, early running salmon, could be produced. The restoration of the River Garry is the biggest individual project for the benefit of spring salmon that could be performed in the Tay catchment. The Board is very pleased the Garry has now been restored after years of discussion and wishes to thank SSE and SEPA for this great work that has been done. 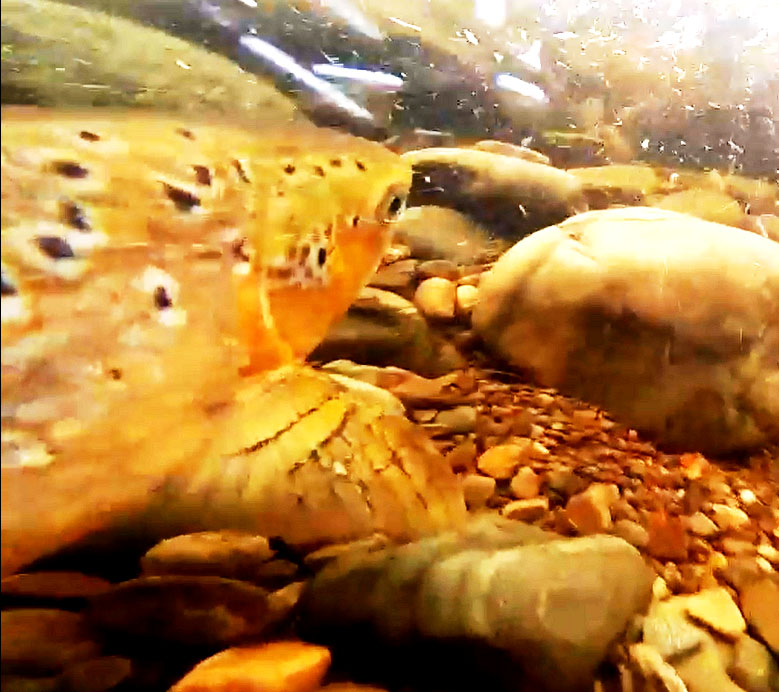 Hydro Board History - Was the Garry's sacrifice actually necessary?

The electricity produced by the Tummel-Garry scheme was intended for sale to the towns and cities in lowland Scotland more ...